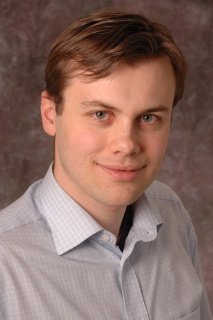 Marco Gruteser is Professor of Electrical and Computer Engineering at Rutgers University and a member of the Wireless Information Network Laboratory (WINLAB). He is a pioneer in the area of location privacy, having developed the first cloaking algorithms for spatial information. Beyond location privacy, his expertise includes location-aware networking and its connected vehicle applications. He has published more than 80 peer-reviewed articles in these areas, which together received more than 2700 citations (per Google Scholar).

Previously, he was also a research associate at the IBM T.J. Watson Research Center, where he designed the software platform for the New York Times-featured BlueSpace smart office prototype. He completed a Vordiplom at Darmstadt University of Technology, Germany in 1998, received his MS and PhD degrees in Computer Science from the University of Colorado at Boulder in 2000 and 2004, respectively, and held a visiting position at Carnegie Mellon University.

He has served on the technical program committees of numerous ACM and IEEE conferences, including MobiCom, MobiSys and INFOCOM. He also serves on the editorial boards of the journals IEEE Transactions on Mobile Computing and Elsevier Computer Networks. His research has appeared on CNN national TV and on NPR as well as in the New York Times, MIT Technology Review, CBC Online, and many other media outlets.