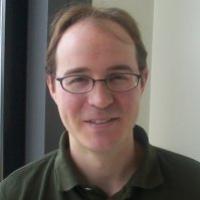 Wade Trappe received his B.A. in Mathematics from The University of Texas at Austin in 1994 and his Ph.D. in Applied Mathematics and Scientific Computing from the University of Maryland in 2002. He is currently a Professor in the Electrical and Computer Engineering Department at Rutgers University, and Associate Director of the Wireless Information Network Laboratory (WINLAB), where he directs WINLAB's research in wireless security.

He has published over 150 papers, including six best papers awards (two in media security, one in Internet design, one in cognitive radio systems, one in mobile computing, and one in wireless security). His papers have appeared in numerous IEEE/ACM journals and premier conferences, spanning the areas of signal processing and security. His experience in network security and wireless spans over 15 years, and he has co-authored a popular textbook in security, Introduction to Cryptography with Coding Theory, as well as several notable monographs on wireless security, including Securing Wireless Communications at the Physical Layer and Securing Emerging Wireless Systems: Lower-layer Approaches. Professor Trappe has served as an editor for IEEE Transactions on Information Forensics and Security (TIFS), IEEE Signal Processing Magazine (SPM), and IEEE Transactions on Mobile Computing (TMC). He served as the lead guest editor for September 2011 special issue of the Transactions on Information Forensics and Security on "Using the Physical Layer for Securing the Next Generation of Communication Systems" and also served IEEE Signal Processing Society as the SPS representative to the governing board of IEEE TMC.