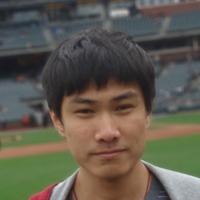 Website: Home Page
Sheng Wei joined Rutgers ECE as an Assistant Professor in September 2018. Before that, he had been an Assistant Professor in the Department of Computer Science and Engineering at University of Nebraska-Lincoln (UNL) for three years and a Research Scientist at Adobe Research for two years. He obtained his PhD in Computer Science from University of California, Los Angeles (UCLA) in 2013. His research has been mainly focused on Hardware Security, which aims to protect the security and integrity of low-level hardware systems (namely “security of hardware”), as well as employ hardware-based techniques to enhance system and software security (namely “hardware for security”). He is a recipient of the NSF CAREER Award in 2018 under the Secure and Trustworthy Cyberspace (SaTC) program. Also, his recent research work has been recognized by the community with a Best Paper Award at IEEE ICCD 2016 and Best Paper Nominations at IEEE HOST 2018, ACM MM 2016, and DAC 2014.
paper.io unblocked unblocked games yohoho agario paperio.plus yohoho.io yohoho paper.io kalebet