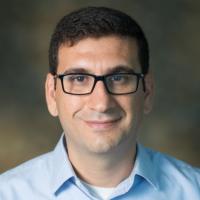 Salim El Rouayheb is  an Associate Professor at the Department of Electrical Engineering at Rutgers University. From 2013 to 2017, he was an assistant professor at the ECE Department at the Illinois Institute of Technology (IIT), Chicago. He was a research scholar at the EE Department at Princeton University (2012-2013) and a postdoc at the EECS department at the University of California, Berkeley (2010-2011). He received his Ph.D. degree in electrical engineering from Texas A&M University, College Station, in 2009. He received the NSF CAREER award in 2016.  His research interests lie in the areas of information theory, coding theory and  their applications to data security and  privacy.