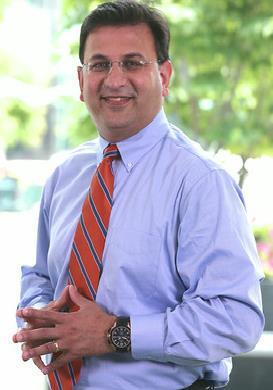 Anindo Dutta, is currently a partner at Ernst & Young for the Asia Pacific region.

Prior to Ernst & Young, Anindo was VP/Regional Business Leader for Microsoft Services in Asia. Based in Singapore, he and his team drive Digital Transformation solutions across all key markets and sectors in Asia, leveraging Cloud, AI/ML and IoT solutions.

Prior to that, he was the SVP & General Manager, Xerox Corporation, responsible for the sector worldwide P&L for Global Accounts in the Financial, Insurance and Professional Services Sector. Prior to this role, Anindo was Vice President at HP Enterprise Services, responsible for driving BPO growth in the United States, Canada, and Latin America across all sectors—including financial services, telecom, manufacturing, energy and life sciences, and hi-tech. Previously, Anindo served in various executive management roles at IBM Corporation, including completing an overseas assignment in IBM India/Asia-Pacific, as Vice President & Business Unit Head for Banking & Financial Services.

In 2017, he was presented with the High Impact Leadership Award, by ASCEND, for Pan-Asian leadership. He was also named as one of the Outstanding 50 Asian Americans in Business by the Asian American Business Development Center. Anindo has also served on the Board of Trustees of the Xerox Political Action Committee (XPAC) and nominated as a David Rockefeller Fellow at the Partnership for New York City, looking to enhance the global competitiveness of New York City. He has been a member at the Leadership Forum at the British American Business (BAB) Council and the U.S. India Business Council (USIBC).