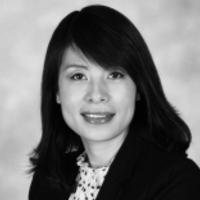 After completing her Ph.D. thesis on CPU scheduling from Penn State in 2002, Yanyong joined the ECE department of Rutgers University as an Assistant Professor. Shortly after that, she took an interest in sensor networks, and joined Winlab to be close to people who actually know networking and communications. She then spent the following years working in the area of sensor and wireless ad-hoc networking. When she got bored occasionally, she looked at failure predictions for large-scale parallel systems.