Seth Karten liked to think of himself as a Renaissance man while a student at Old Bridge High School not far from Rutgers, studying history and politics along with physics, chemistry and calculus.

Even as his focus narrowed to science and engineering, he kept his Renaissance approach in mind as he plunged into robotics research during his first semester in the Rutgers School of Engineering.

“Robotics isn’t one field,” he said. “It has elements from electrical engineering, mechanical engineering, computer science and mathematics, which makes the interdisciplinary applied sciences and engineering major at Rutgers such a good fit for me.” 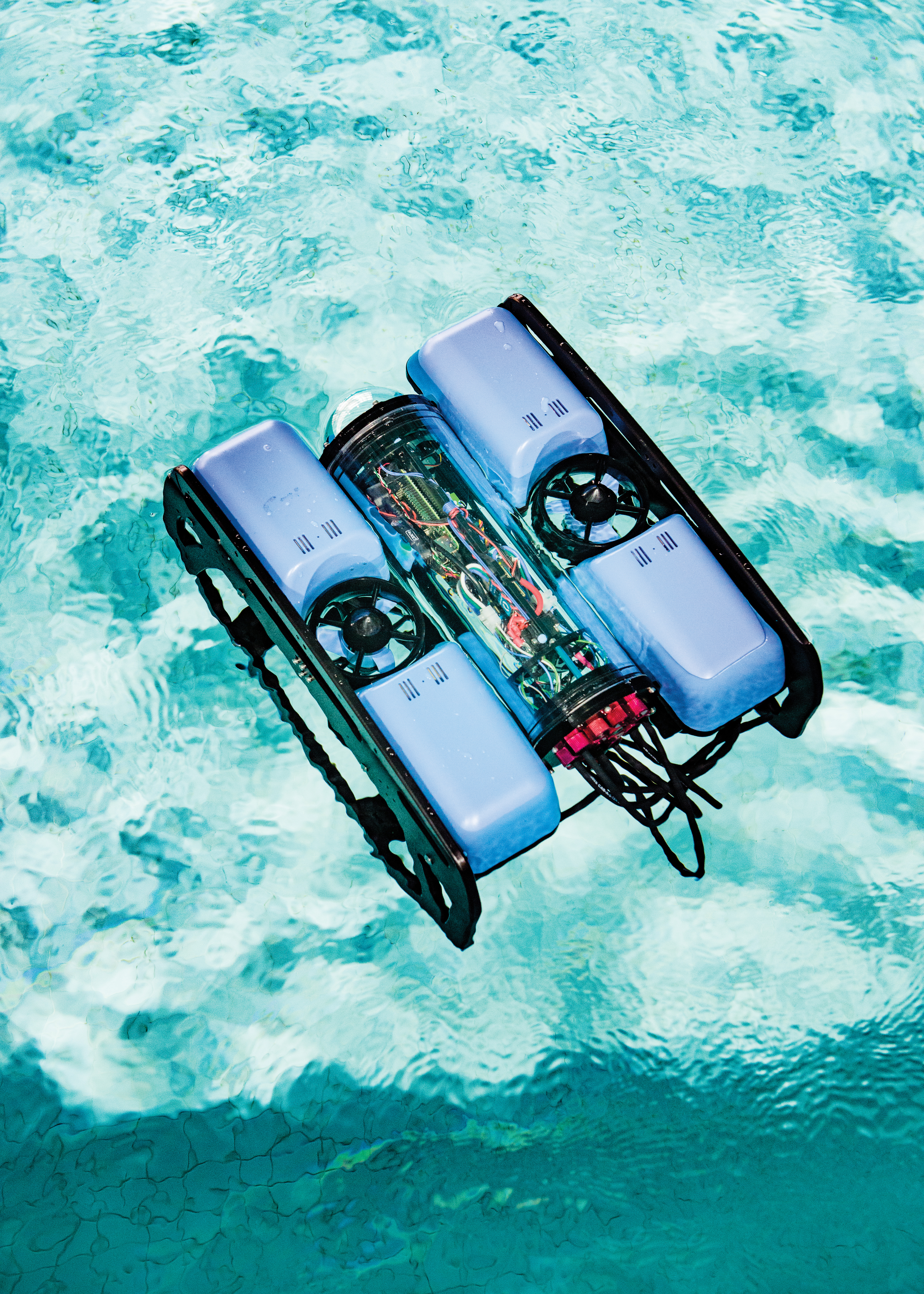 Specifically, Karten joined the lab of electrical and computer engineering associate professor Dario Pompili in the fall of 2017 to attack a problem that vexes developers of underwater drones or robots: they cannot pinpoint their location using global positioning system (GPS) satellites while they are swimming beneath the surface.

Karten’s research, supervised by graduate student Mehdi Rahmati, involved finding and using submerged landmarks to calculate a robot’s location. The task involved computer vision and artificial intelligence so the robot could recognize viable landmarks and map out its area of coverage.

Their work using a swimming pool has set the stage for deploying robots in the Raritan River, to monitor water quality and track the flow of pollutants. This will put more demands on robotic computing power - searching for landmarks in turbid water and navigating toward pockets of pollution to get detailed, real-time observations.

Karten and mentors Rahmati and Pompili published their results in the proceedings of OCEANS last fall. Sponsored in part by the Institute of Electrical and Electronics Engineers (IEEE), the OCEANS conference brings together professionals in engineering, computer science and oceanic science.

Listing a publication on a job resume or academic curriculum vitae looks good, of course, but it’s what the research paper stands for that sways potential employers or admissions committees, Pompili explained.

“Doing a research paper means being able to come up with an idea, develop it, and then do the work,” he said. “You cannot just point to your grade point average or talk about the courses you’ve taken during an interview. It’s important to apply what you’ve learned in real-life projects.”

On top of mastering the knowledge, Karten gained proficiency in the publication process.

“We had to work fast to produce camera-ready text and graphics, and Seth was instrumental,” Pompili said.

“This was a big step for me, getting a scientific paper out there,” said Karten. “When you do projects, you’re coding or doing math, but the it comes to writing a research paper, you have to show your results to the world.”

Consistent with his interdisciplinary major, the rising junior is pursuing research opportunities in computer science that will prepare him for doctoral studies in robotics. One thing he has no second thoughts about is his choice of Rutgers for undergraduate study.

“A lot of people in New Jersey look elsewhere; I even applied to schools on the west coast,” he said. “What made the difference was the quality of the program. I found a good home here. I find people interested in what I’m interested in. They provide me with a close-knit community.”