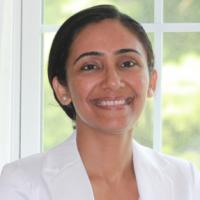 Sumati Sehajpal received her PhD in Electrical and Computer Engineering from Rutgers University in the Spring of 2017. During the past two years, she has taught courses for Rutgers University as a Part Time Lecturer for both the Mathematics and Electrical and Computer Engineering departments. Prior to moving to the United States in 2008 she taught various electrical and electronic engineering courses from 2005 to 2007 working as a full time Lecturer at the Lovely Institute of Technology located in Jalandhar, Punjab, India.

Her research interests include electrical circuit theory and analysis, the class E and class G RF power amplifiers, and the modern state-­space based approach used to both model and analyze electronic systems.