This year's winners are Mohammad Yousefvang and Wuyang Zhang 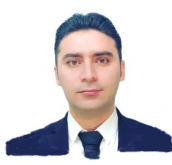 In this paper, the problems of user offloading and resource optimization are jointly addressed to support ultra-reliable and low latency communications (URLLC) in HetNets. In particular, a multi-tier network with a single macro base station (MBS) and multiple overlaid small cell base stations (SBSs) is considered that includes users with different latency and reliability constraints. Modeling the latency and reliability constraints of users with probabilistic guarantees, the joint problem of user offloading and resource allocation (JUR) in a URLLC setting is formulated as an optimization problem to minimize the cost of serving users for the MBS. In the considered scheme, SBSs bid to serve URLLC users under their coverage at a given price, and the MBS decides whether to serve each user locally or to offload it to one of the overlaid SBSs. Since the JUR optimization is NP-hard, we propose a low complexity learning-based heuristic method (LHM) which includes a support vector machine-based user association model and a convex resource optimization (CRO) algorithm. To further reduce the delay, we propose an alternating direction method of multipliers (ADMM)-based solution to the CRO problem. Simulation results show that using LHM, the MBS significantly decreases the spectrum access delay for users (by ∼ 93\%) as compared to JUR, while also reducing its bandwidth and power costs in serving users (by ∼ 33\%) as compared to directly serving users without offloading. 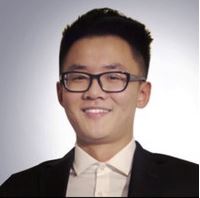 Running computer vision algorithms on images or videos collected by mobile devices represent a new class of latency-sensitive applications that expect to benefit from edge cloud computing. These applications often demand real-time responses (e.g., <;100 ms), which can not be satisfied by traditional cloud computing. However, the edge cloud architecture is inherently distributed and heterogeneous, requiring new approaches to resource allocation and orchestration. This paper presents the design and evaluation of a latency-aware edge computing platform, aiming to minimize the end-to-end latency for edge applications. The proposed platform is built on Apache Storm, and consists of multiple edge servers with heterogeneous computation (including both GPUs and CPUs) and networking resources. Central to our platform is an orchestration framework that breaks down an edge application into Storm tasks as defined by a directed acyclic graph (DAG) and then maps these tasks onto heterogeneous edge servers for efficient execution. An experimental proof-of-concept testbed is used to demonstrate that the proposed platform can indeed achieve low end-to-end latency: considering a real-time 3D scene reconstruction application, it is shown that the testbed can support up to 30 concurrent streams with an average perframe latency of 32ms, and can achieve 40% latency reduction relative to the baseline Storm scheduling approach.

Congratulations to Mohammad Yousefvand and Wuyang Zhang.  We look forward to your continued success!