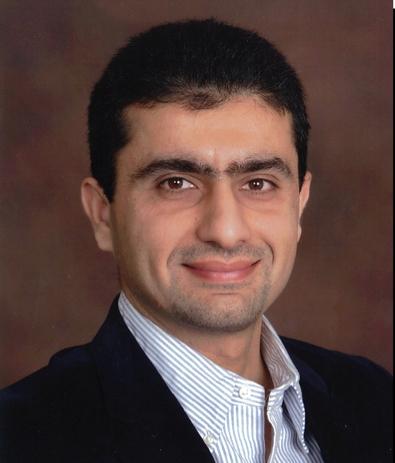 ECE Associate Professor Mehdi Javanmard is the co-PI of an award from the National Institutes of Health (NIH-NIAID R21) for the project "Non-invasive approaches to mosquito-borne pathogen surveillance using excreta." Dr. Dana Price from Rutgers Plant Biology and Pathology is the PI on this two-year project awarded at $354,000.

The researchers seek to develop a methodology to rapidly screen the environment for mosquito-borne pathogens before they reach/infect a human host. Such tools can help to prevent future pandemics like the current one. Mosquito-borne diseases are expanding rapidly across the globe. Recent outbreaks of West Nile, dengue, chikungunya and Zika viruses have sickened hundreds of millions of people, while parasites such as malaria kill over 400,000 annually. The spread of competent vectors and their pathogens to new continents and climates, coupled with the recent rapid global expansion of other novel RNA viruses that infect humans, emphasizes the need for rapid and reliable pathogen surveillance techniques now more than ever. Early detection ensures that vector control efforts are directed to the right location at the right time to avert a potential epidemic. Surveillance and detection of infected mosquitoes is often an early predictor of impending human infection however comes with challenges, including the time involved to sort, identify and extract RNA from large numbers of mosquitoes while maintaining a cold chain. This requires that mosquito surveillance, identification, and pooling precede virus testing. It has recently been shown that mosquitoes with a disseminated infection excrete (as excreta/feces) arbovirus and parasites in concentrations suitable for detection when sampled in the lab. This allows for rapid and non-destructive sampling and pathogen testing, however current field trapping devices are unable to efficiently collect the randomly distributed ca. 1.5 µL excreta droplets. To address this issue, we propose here to design two novel excreta-collecting mosquito traps for host-seeking and ovipositing (or gravid) mosquitoes, respectively, that utilize sugar feeding stations and a custom fabricated collection system composed of a nanostructured superhydrophobic surface to funnel and condense the excreta sample. An appropriate hydrophobic surface conformation will first be selected and tested for efficacy during initial field trials. This prototype will then be scaled up and configured to trap wild mosquito populations while channeling and aggregating excreta produced within the trap to a standard microcentrifuge tube attached externally for quick and easy collection. To test the ability of both devices to effectively sample potential pathogens from trapped mosquitoes, the traps will be deployed across five New Jersey counties spanning a multitude of mosquito habitat in collaboration with county mosquito control agencies. The captured excreta will be subject to metavirome sequencing to identify and assemble genome data from the full breadth of both known and potentially novel RNA viruses in the samples, representing a broad diversity of New Jersey mosquitoes. This project represents a foundational step towards sentinel “mosquito free” surveillance of vector-borne pathogens that will facilitate rapid response to mitigate enzootic outbreaks before they occur.
More details on the project can be found at the NIH page here.
Congratulations Mehdi!