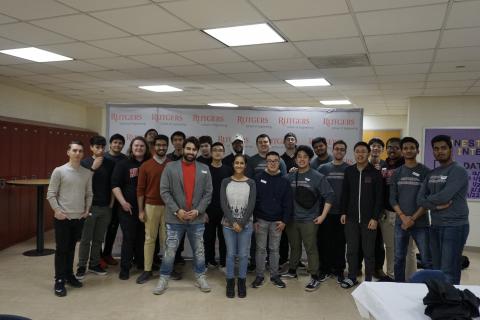 On Saturday, February 1st, 2020 the Rutgers Institute of Electrical and Electronics Engineers Student Branch (RIEEE) conducted the South Brunswick High School VEX Robotics Competition (VRC). The event was attended by 36 teams of high school students from all over New Jersey and over 500 students and parents came. Of the 36 teams competing, only 3 get to move on to the State Championships, by earning the Excellence Award, or being the Tournament Champions (2 teams).

This year’s competition was Tower Takeover, where 4 teams in 2 alliances are pitted against each other to stack as many cubes as they can in their alliance goal zones. They can also multiply their points by putting cubes in elevated towers. Teams must first compete in an autonomous portion of the match where they can get an early lead by having the robot navigate the course by itself. Immediately afterward driver control starts. The match takes a total of 2 minutes.

The Rutgers IEEE Student Branch ran inspections, refereed the matches, and judged all 36 teams during the course of the day. 9 awards were given out to deserving teams, including the Excellence, Design, Judges, Build, and Amaze awards.

The event received a lot of positive responses from the Event Partners at SBHS, students and other coaches and parents attending. Students are mentioning that compared to other competitions, the referees took their time explaining the rules when infringed upon and allowed a feedback, and cross debate.  In addition, due to the dedication of the volunteers and months of planning, the teams had an amazing time competing with the robots they spent so much time working on.  Rutgers IEEE will be running the Monroe High School VRC Competition this coming weekend. 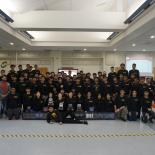 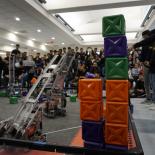 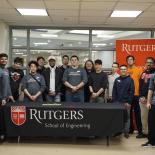