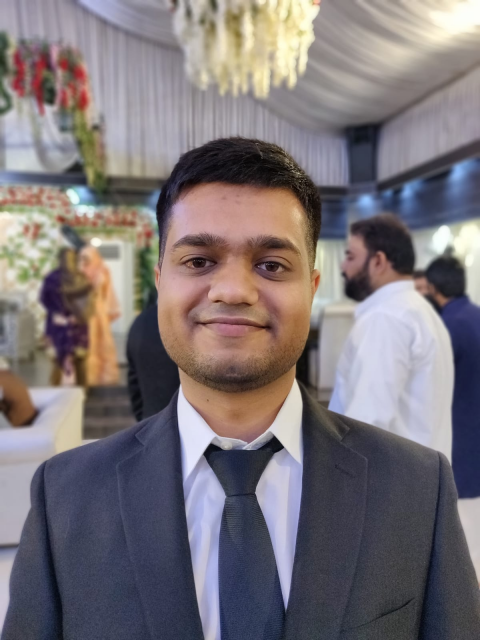 Choosing to attend Rutgers School of Engineering was an easy decision for Mohammed Nadeem, who graduated in May as a computer engineering major in the Department of Electrical and Computer Engineering (ECE). “I knew the research opportunities were pretty good – that was the main attraction,” he says.

From the start, the Cherry Hill, New Jersey native wanted to study technology and electronics. “I really like software engineering and machine learning,” he explains. Even more important, “I liked the fact that undergraduates could do research with whatever professor they wanted to, as ECE professors are pretty open to that idea.”

As a result, in his junior year, Nadeem joined the Cyber-Physical Systems Laboratory (CPS Lab) run by ECE professor Dario Pompili, where he was exposed to – and engaged in – graduate-level research.

Nadeem recalls that after receiving an email saying the lab was looking for people to work on a new project, he looked into it. “The project was very interesting, as it worked with programming an underwater robot to perform autonomous tasks. I thought that would be pretty cool. There are self-driving robots, cars, and drones – but nothing underwater, which made this a really unique project.”

As part of the research team, Nadeem programmed the remotely operated underwater vehicles to take adaptive sampling for near-real-time water-quality assessments. The samples would be able to be stored for subsequent retrieval for analysis.

Pompili recalls, “He finished his spring semester research by designing a distributed sampling algorithm that used consensus to determine which vehicles should sample which areas. Afterward, the research expanded into using multi-agent reinforcement learning to conduct adaptive sampling.”

Nadeem gained first-hand experience in publishing when he co-authored a research paper under the guidance of Pompili and ECE doctoral students. The paper, which presented CPS Lab research regarding optimized sampling, was published in the Association for Computing Machinery (ACM) International Conference on Underwater Networks and Systems (WUWNet) in October 2019.

“I like working on interesting problems,” says Nadeem. “The CPS Lab gave me the ability to do that while also working in so many different areas of engineering. The work I’ve done has really broadened my knowledge and given me a lot of experience.”

It is experience and knowledge that earned Nadeem and fellow team members First Prize – tying with students from MIT and Peking University – in a prestigious Institute of Electrical and Electronics Engineer’s competition last fall. “We basically used the underwater vehicles to create a network able to monitor marine pollution,” he explains.

In addition to research opportunities, Nadeem has enjoyed the freedom and flexibility to take different classes in different departments and gain new knowledge. He is convinced that this is one of the biggest advantages of being a Rutgers student.

He also enjoyed the experience of serving on a planning committee for the Muslim Student Association (MSA) during his sophomore year, as well as being a member of ECE Honor Society, Eta Kappa Nu – and encourages new students to be active in extra-curricular activities right away.

Nadeem is eager to start a year-long software engineering residency with Google in New York City come summer. “I’ll receive two months of training in Google products and tools before doing a rotation through two teams for five months each,” he explains. Residents in this highly desirable program are likely to be hired after the year is up.

Taking a longer view, Nadeem also looks forward to giving back to the school. “I benefited from scholarships – and it would be really nice if in the future I could donate some money and help someone else with their tuition.”