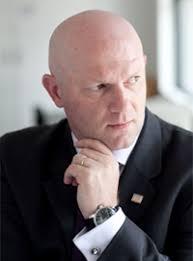 Kfir L. Godrich, Managing Director, is Global Head of Technology & Enterprise Services (TES) for BlackRock. He is responsible for driving the firm's technology platforms development, operations, real estate and Security. He is a member of BlackRock's Global Operations Committee.

Mr. Godrich served as CTO for Hewlett Packard Co. (HP) Technology Services, where he was responsible for road-mapping technology for the company's consulting and support business units as well as advising to HP Labs. Prior to that he was CTO for EYP MCF and actively involved in the acquisition by HP in 2007. Mr. Godrich has over 25 years of international experience in mission critical environments, design, strategy and operations and began his career in the IDF.

Mr. Godrich is a senior member and a reviewer of several IEEE transactions with interest in: IT strategy, mission-critical and complex systems applications, fin-tech, ML/AI and cyber-security. His R&D leadership is aligned with principles of "innovation by example," being a developer of IP in the fields of converged IT, Data Centers and renewables. He earned a BaSc degree in Electrical and Computers Engineering from Ben-Gurion University where he also attended MaSc studies, followed by later PhD studies at NYU/Polytechnic.

Kfir Godrich is an Advisor with BlackRock Inc, the world's largest asset manager. Prior to BlackRock, Kfir was vice president and chief technologist for HP Technology Services (TS). In this role, he drives the technology roadmap for TS and providing thought leadership that strengthens HP's position in the field of technology consulting and support services.   Godrich also focuses on green initiatives including creating high efficiency data center topologies supporting "green IT" and is a messenger of the sustainability concept worldwide. Godrich has been co-innovator of designs of modular Data Centers such as HP's FlexDC and alternative energy solutions.  Lately Godrich was co-awarded the patent of DC-Based Data Center Power Architecture.
Prior to this role, Godrich was chief technology officer for HP Critical Facilities Services. His expertise lies in IT strategy, powering mission-critical infrastructure and complex systems applications such as Cloud Computing. Over the last 20 years, Godrich has provided strategic consulting services to global financial, technology and telecom clients, as well as public sector organizations. He has been directly involved in the development of the nextgeneration data center including pioneering cloud computing strategies for more than a dozen Fortune 50 companies.
Godrich received a B.Sc. in electrical engineering from Ben Gurion University in Beer Sheva, Israel, and is a Ph.D. candidate at the Polytechnic University in New York. Godrich was the initiator of the The American National Standards Institute's Homeland Security Standards Panel Task Force, where he identified, reviewed and made recommendations on key guidelines in the power security and continuity area for national homeland security. Godrich is a Senior Member of the Institute of Electrical and Electronics Engineers (IEEE) and HP SWAT IT; a member of National Society of Professional Engineers, 7X24 Exchange and Association of Energy Engineers; and a reviewer for Applied Power Electronics Conference and the IEEE Power & Energy Society Power Delivery and Energy Conversion transactions. Godrich is a frequent presenter at industry events worldwide and has published numerous technical papers.