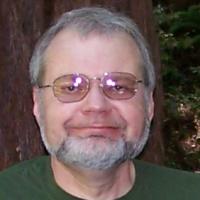 Prior to his graduate studies Dr. McGarvey worked for the Electro Dynamic Division of General Dynamics corporation from 1984 to 2000 as a design and research engineer. He was primarily involved with the design, testing, and control of integral horsepower induction and permanent magnet motors for naval use.

He completed his undergraduate studies at The College of Staten Island and received an Associate of Applied Science in Electrical Technology in 1980 and a Bachelor of Science in Engineering Science in 1984.