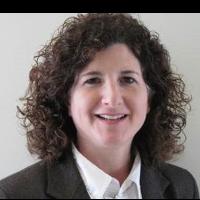 Deborah Silver is the Executive Director of the Professional Science Master’s Program at Rutgers, The State University of New Jersey on all three campuses - Newark, New Brunswick & Camden (2009-). This program offers the Master of Business & Science (MBS) degree which is a combination of a science master’s with courses in business. She has been with the program since its inception and helped found and build the program to include all areas of science and technology. She is also a Professor in the Dept. of Electrical and Computer Engineering at Rutgers, a post she has held since 1988. From 2008-2010 she served as Associate Dean of Continuing and Professional Education for the School of Engineering. Her area of research is Data Visualization. She has taught courses in Computer Graphics, Visualization, Data Structures, Programming Methodologies, Information Technology, Software Engineering and Robotics. She has numerous publications in Visualization and has been funded by the National Science Foundation, NASA, the Department of Energy, the US Air Force, Department of Education, and Department of Labor. Prof. Silver has been co-chair of the papers session and program co-chair of the yearly IEEE Visualization conference, has been a member of the program committee, and is currently on the IEEE Scientific Visualization Steering Committee (2016-). She has been Vice Chair of Operations for the IEEE Technical Committee on Computer Graphics (1993-2000), a member of editorial committee of the IEEE Transaction on Visualization and Computer Graphics (1995-2000), the Vice President of the Board of Directors of the National Professional Science Master’s Association (NPSMA) (2013-2017), and is currently board member of the PSM National Office (the affiliation organization for PSM programs).